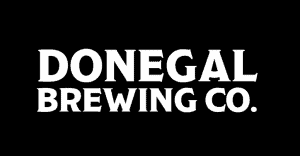 Dicey Reilly’s bar has been in his family for almost 40 years. In the 1980s, they opened an Off-Licence at the end of the bar counter which had its own entrance and they began to develop a deeper understanding of the products they were serving. This developed into a purpose built Off-Licence adjacent to the existing bar in 2003.

“The bar was in the family for 39 years and we opened an Off-Licence around 25 years ago that was a small hatch off the end of the bar and had a separate entrance,” says Brendan. “Around that time, we started experimenting with different beers, mainly mainstream beers, anything at all we could get our hands on up here in Donegal. We tried out different things with our customers and it developed from that, I suppose.”

“We’re absolutely delighted that we’re the winners of the National Off-Licence of the Year 2013 and 2014,” says Brendan. “We were Connacht-Ulster winners for eight years before that. I suppose being involved in the awards has helped us create a blueprint for the business so we can keep our standards high and push the business forward. To think that up here in Donegal we could win the National Off-Licence of the year, and to look back over the previous winners, it’s a real privilege.”

The next thing to do, I suppose, would be to brew your own beer.

What the Client Said

We use cookies on our website to give you the most relevant experience by remembering your preferences and repeat visits. By clicking “Accept All”, you consent to the use of ALL the cookies. However, you may visit "Cookie Settings" to provide a controlled consent.
Cookie SettingsAccept All
Manage consent

This website uses cookies to improve your experience while you navigate through the website. Out of these, the cookies that are categorized as necessary are stored on your browser as they are essential for the working of basic functionalities of the website. We also use third-party cookies that help us analyze and understand how you use this website. These cookies will be stored in your browser only with your consent. You also have the option to opt-out of these cookies. But opting out of some of these cookies may affect your browsing experience.
Necessary Always Enabled
Necessary cookies are absolutely essential for the website to function properly. These cookies ensure basic functionalities and security features of the website, anonymously.
Functional
Functional cookies help to perform certain functionalities like sharing the content of the website on social media platforms, collect feedbacks, and other third-party features.
Performance
Performance cookies are used to understand and analyze the key performance indexes of the website which helps in delivering a better user experience for the visitors.
Analytics
Analytical cookies are used to understand how visitors interact with the website. These cookies help provide information on metrics the number of visitors, bounce rate, traffic source, etc.
Advertisement
Advertisement cookies are used to provide visitors with relevant ads and marketing campaigns. These cookies track visitors across websites and collect information to provide customized ads.
Others
Other uncategorized cookies are those that are being analyzed and have not been classified into a category as yet.
SAVE & ACCEPT
Scroll to Top
Scroll to Top